I spent last Saturday at Rakkasah's Spring Caravan, a belly dance festival with a particular focus on fusion, where I danced as a guest artist.  I saw plenty of great dancing, although, as usual, some of the fusion pieces were more coherent than others.  But never mind what I don't like. I'm very sympathetic to the fact that artistic risk sometimes results in artistic failure. Ars longa, vita brevis, and it is better to have tried. Except, okay, I do want to say one thing: people, enough with the all-black costumes. Especially in this venue, where the lighting is not very sophisticated, you just turn into an indistinct flat smudge. You do yourself a real disservice by making your movements very hard to see, or, in the case of those of you who don't dance so well to start with, you put all of the focus on your weird stiff claw hands. I know you want to be “dark” and “alternative,” but texture and contrast really help to keep things interesting. Thanks for listening. I'm done now.

I have not been feeling up to working on anything new lately, so for my performance I pulled two pieces out of repertoire: a new-ish drum solo, and “Dream Waltz” from 2010. There's existing video for both of these pieces, but—and I kind of hate to say this—I think this new video is better in terms of the quality of my dancing. Both previous videos were just done straight to the camera, and I think the stark terror inspiration of dancing for a live audience really helped me to access a deeper-than-usual state of mindfulness. And the balance of this audience in particular was ideally inspiring, with a mix of fans and old friends at whom I wanted to beam love, new friends on whom I wanted to make a good impression, new-to-the-scene people who are learning more about belly dance to whom I wanted to show something exceptional, and, [sigh], [eye roll], a handful of determinedly unimpressed, aloof, and tiresome frenemies for whose benefit I always take a special satisfaction in unflappably dancing very, very well.

Another positive factor, although it may not sound like such a big deal, was having a wooden floor. I dance on wood in my workspace at home, where I do the majority of my choreography and rehearsal, and adjusting to the higher-friction marley that's in most of the studios/stages where I film is always a compromise. Often, half of my attention is lost to compensating for sticky flooring tugging on my feet. Being able to flow and glide through steps in the way they were designed made me feel very comfortable on stage and really let me relax in a way many performance venues do not afford.

The drum solo follows below. If you follow this blog or my YouTube page, you may recognize the choreography from a video published in April. But, as I said, to my chagrin, I think this performance is better. Also, take a moment to appreciate that this is realtime, full-frame, uncut footage. I know that a lot of people respond more to atmosphere than content, so I really appreciate the beautiful camerawork and editing on the previous (multi-camera) video of this choreography, but I also take personal pride in demonstrating that it really looks like this in real life, with no secret blunders hidden by cleverly timed cut-aways. (Another person who notably felt this way was Fred Astaire, who specified in the terms of his contract that his dances be shown as-is, with no edits.)


For more information on this choreography, please see my previous post, The "I Hate Drum Solos" Drum Solo.

After the drum solo, I ended my show with a nontraditional piece, Dream Waltz.

Background information on this dance can be found in a previous post, here.

A few years ago I was trying to build steam behind the idea of “Cabaret Fusion.” You know, like Tribal Fusion, except building from an Oriental movement vocabulary rather than ATS. But a bunch of people told me that the parallel was not immediately obvious to them and that the language didn't really make sense because cabaret and Oriental styles are already fusions. But if, hypothetically, there were “Cabaret Fusion,” I think Dream Waltz is what it would look like: sexy fantasy revisionist-retro, but with chiffon instead of combat boots. Really unimpeachably technically sharp, but with more glitter and less glitch. Is there any way I can make this a trend? Another of my Cabaret Fusion pieces, Raqs Europa, has the dubious distinction of being my least-watched YouTube video, leading me to believe this is just not in the zeitgeist. But if any one is vaguely on board, would you please get in touch?
Posted by Autumn Ward at 1:32 PM 1 comment: 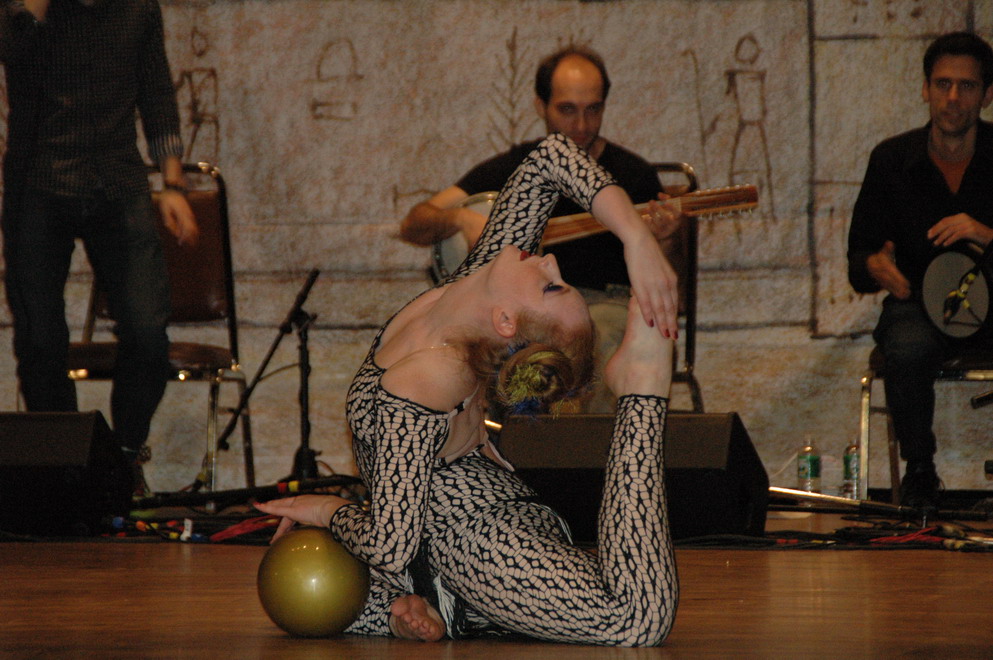